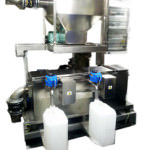 A recent news article reported that a US cruise liner has been fined for dumping contaminated waste into the sea.  The ship was reported to have made several illegal discharges since 2005.  The cruise liner used a pipe to bypass pollution prevention equipment which is used to separate oils and monitor oil levels in the ships water.

A tip off was reported in 2013 to authorities by an engineer and the ship has since been fined $40 million.  The large fine issued should act as a deterrent for others in the industry. One discharge from the liner was dumped just twenty miles of the coast of England.

In our weekly blogs we often talk about how important it is for restaurants, businesses and households to not discharge FOG waste down sinks and drains.  The above highlights that it is not only the sewage system that is at risk from oil waste.  Fatbergs formed from palm oil have also been spotted on UK beaches.  The fatbergs have been helped by recent storms to wash up on UK beaches from Jamaica and Trinidad.

Grease Guardian not only offer grease traps for kitchens and businesses but we also offer a Marine Guardian.  The Marine Guardian range has a different design configuration to suite confined spaces and operates efficiently in marine environments.  Whilst at sea a suitable grease removal system is required to pre-treat kitchen waste water prior to it being discharged at sea or in some cases for further treatment on board.  The Marine Guardian will help trap and remove Fats, Oil and Grease on marine vessels.

A full list of our products and specification can be found on the website and we can be contacted on the below email with any queries.

See you again next week.